Feedback: Too Much of A Good Thing

It’s highly regarded in the writing community, and for good reason. An experienced critique partner can catch a plot hole the author might miss because they can’t see the whole story. Grammar mistakes are easier for a secondary person to notice because they don’t know what the text says until they read it.

But feedback is dangerous if you don’t know how to handle it.

The most popular pitfall of feedback is mental drain. Criticism can be tough to take. But this post isn’t about the difficulties of accepting feedback. This post is about the danger of too much.

Two years ago, I was lucky enough to join an incredible studio full of writers who were all passionate about craft and wanted to help their peers succeed.  Everyone was excited to give feedback, which meant I got tons of it. Every page of my work was covered in grammar tips, character arc opinions, anything and everything that could possibly be covered. It was amazing! 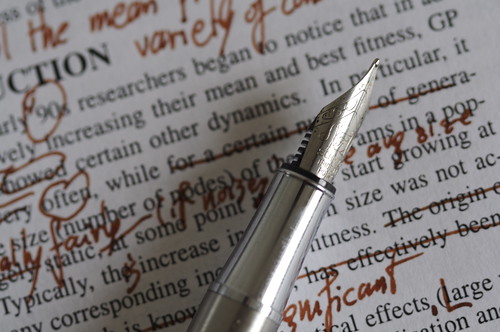 Diving in with voracity, I took every suggestion to heart. My character’s drives aren’t clear? I’ll clarify! This area of dialogue drags? I’ll spice it up! Maybe a, b and c aren’t necessary? Cool, they’re tossed! I was not going to be one of those writers who was unwilling to rewrite. Writing is rewriting. Kill the darlings. I aspired to implement everything.

That was a mistake.

The problem was, all these critiques and opinions were based off 20-25 pages of a 280 page novel. These CPs were critiquing one puzzle piece, so when I changed the piece according to their ideas that piece no longer fit with the rest of the story. Week after week, I made the same error. I ended up with a pile of beautifully edited words and tight scenes that led to nowhere.

It was a disaster. How had I let this happen? 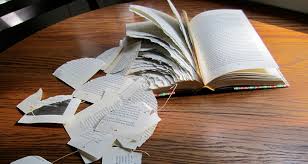 I’d done what a writer was supposed to do. I kept an open mind, listened to other’s opinions, and was more than willing to change my words.

Writing is hard. We all want to get better. I was so desperate to avoid being one of those writers who refused help I ended up giving comments too much weight. It hurt when I came to the rough realization that I had let of go of what I was trying to build. My characters’ desires had taken a back seat. I was writing for other people.

I forgot that the story I was working on was exactly that: My story.

Putting that novel in a drawer felt like locking away a piece of soul. There was so much potential in those pages, but I was caught in a feedback whirlpool and I was too tired to swim out. The novel sat in my “later” file with it’s adequate word count and inadequate pacing and plot. Two weeks later, after my mind stopped spinning, I started working on a new project.

This time, I paid attention to the craft mistakes CP’s were consistently pointing out in my work. When I took this new book to critique group I focused on my personal goals for each sample. Any feedback that conflicted with the chapter theme and direction was marked but not implemented.  If an area was brought up more than once, I would note it, but didn’t always follow their exact suggestions. Too be honest, I almost never did. But I’d mark the area: “Something is wrong here. Revisit. It’s not working.” I’d fix it, but I made sure it fit with the rest of the story.

Looking back, that feedback debacle was a blessing dressed as tragedy. It taught me the importance of sifting through comments while staying true to my story. It also highlighted the importance of picking the right CPs. A person who doesn’t like a story because of conflicting taste isn’t a good fit.

Recently, I opened the drawer and wiped the cobwebs off the tragically over-edited book. The pages of feedback I received last year now look like suggestions.  It’s easy to see where I went wrong because I’ve finally figured out how to handle the comments correctly. Pacing is important. If a scene is slow, fix it, but it can be fixed in many ways. Plot holes are an issue, but story is a matter of taste– a sweet romance writer might not like dark fantasy; in return, a fantasy writer might think a sweet romance is too slow. Style varies. Characters are important–if no one likes them or they’re acting outside of their personality, there’s a problem.

But the best lesson I learned is a happy one: everything can be fixed.

The “drawer book” is different than it was when I first started, but all books go through metamorphosis. It’s a better book because of the journey it went on, even if it was a painful one. I’ve added many of the old scenes back, but they’ve been tweaked to a higher level. Several scenes were tossed, because critique partners are often right. That’s the key to feedback. Balance. At the end of the day, the story belongs to the writer.

Jessica Grace Kelley is an accountant by day and writer by night. She greatly prefers her night job. She’s an author and poet, and her young adult novels have received over a dozen awards and contest wins, including the Daphne du Maurier, the YA Authors.Me contest, and the Emma Merritt. Jessica holds a BA in Finance and Accounting. When she isn’t buried in books she spends her time writing music and co-teaching a teen writing class. Sometimes she tries to be a painter, but the product of her efforts proves it’s all in her head.

2 Comments on “Feedback: Too Much of A Good Thing”

All the Way YA

All The Way YA

All The Way YA